There always seems to be a lot of uproar among stamp collectors and dealers over eBay. People seem to eternally be moaning and groaning about how "the big auction site" is gouging sellers with their fees, and buyers are being taken advantage of by being offered low quality and misrepresented material.

I opened my account on eBay in May of 1998, and I grant you that things were a little "different" back then. However... 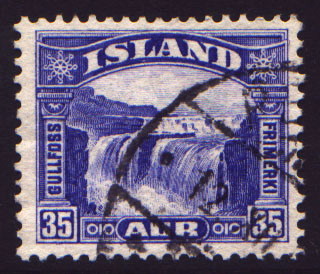 ... back then things moved a lot slower, and even though it was not hard to become "known" as a seller, there simply weren't that many people out there looking. Unsold lots were common. Whether I agree with eBay's fee structure or not, truth remains that I sell more than 95% of the lots I list on eBay, first time around.

I have been looking at "alternative" auction sites for stamp collectors-- places where there is an active buying and selling atmosphere. Frankly, the alternatives are few and far between. Sure, there are a few "free" sites out there, like StampHead but the offerings there are seldom much to be impressed with. The more general alternatives like Yahoo and Bidville rarely have enough stamps listed to make it worth anyone's while.

For me, the only seriously viable eBay "alternative" is Belgian collector supersite Delcampe, which regularly has more stamps listed than eBay-- and generally seems to have created a philatelic online auction niche marketplace for itself.

On the whole, though, it strikes me that the majority of those stamp sellers who complain are mostly bellyaching over not being able to sell common stamps at near full retail... and they get all annoyed with eBay because it costs them money to list every item that just sits there for a couple of years before some sucker comes along and pays the inflated price.
Posted by Peter M at 14:07 No comments: