The Future of Stamp Collecting

It's a new year, and I find myself wondering about the year ahead. It got me to thinking about collecting stamps, and the future.

I wonder if people will continue to collect stamps. I wonder if-- when I die and my collections will be offered for sale-- anyone will buy them. 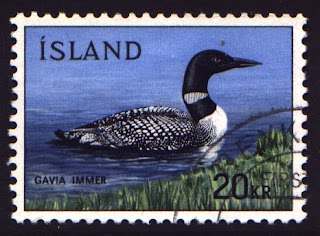 On one hand, we hardly ever use stamps, any more. Let's face it, email has replaced a vast volume of snail mail. And to the degree we send things through the postal system, we often don't even use stamps. There's less and less to collect-- at least if "postally used" is your bag.

From a different angle, stamp collecting seems less "cool" than it was, in the past. The children and youth of today seem less into "collecting" things, and more into "playing things." That is, video games and electronic interactions have replaced "finding and collecting." Where stamp collecting once was a "viable" thing to do, it is now "deeply nerdy," if you're under the age of 30.

And the nature of stamps has changed, too. How we collect. Many countries-- no doubt in response to sagging revenues-- issue more and more new stamps, every year. And because fewer of them are actually used on letters, we feel increasingly pressured to "collect mint." Not so good, if you're eight years old and only have a few dollars. Not so good, even, if you're adult and have limited income.

Perhaps I am representative: I only collect used stamps, and I don't collect modern issues anymore, because (a) I can't keep up and (b) I don't seem able to find postally used stamps the way I used to.

Which leaves me collecting issues from the late 1800s. 50 years down the road, will there be a new generation, who ALSO collect issues from the late 1800s? Or will the "challenge" for them be to find stamps from the 1990s, that actually carried a letter? Or will "collecting stamps" pass from the realm of being something you (theoretically) can do on a shoestring, to being something you "buy," like a collection of "labels" or Barbie dolls?

Thank you for subscribing to my newsletter and new listing notifications!

In a few seconds, you should receive a welcome/confirmation message in your email. If you do NOT see it, please check your spam filter, and make sure you add "scanstamps@gmail.com" as one of your contacts or permitted "safe" senders.

What are you going to get?
My email service is permission-based and 1 will only send you information about the particular stamp interest (or multiple interests) you signed up for.

How can you stop receiving these emails?
You can click the "Manage my subscription" link found at the bottom of any email you get to instantly and securely unsubscribe.

How many emails will you get?
For most categories, only 3-4 per year. If you signed up for many categories, at MOST two per month.

Is my information secure?
I value your privacy and use a variety of security measures to protect your personal information. The email service that handles the actual mailings is a professional "for pay" service which ensures that your information is never sold, nor will it contain advertising or unrelated offers.

Thank you, again, for your interest!

Click here to return to the Scandinavian Stamps Blog front page.
Posted by Peter M at 01:44 No comments: