There can be few who would deny that we live in a technological age.

Sadly, many philatelists "reject" these modern technologies, for any number of reasons... ranging from the point of view that "computers are killing stamp collecting" to simply not being interested. 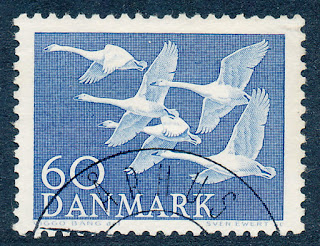 Personally, I don't believe that we-- as stamp collectors-- can afford to sit idly by, if we hope to see the hobby continue to be enjoyed by future generations. It may be very true that we are collectors of something very "low tech," but we will need these "high tech" innovations and venues in order to reach the younger collectors of the future... people who grew up in an age where they have never experienced a world "without the Internet" or without Facebook and twitter, or without a computer and cell phone in every house.

There are those who would argue that "that isn't the way to get new collectors."

That statement can be both "correct" and "not-correct," at the same time. The statement might be 100% correct if you are a collector "of retirement age" and are looking to make contact with people within your peer group to interest them in stamp collecting. However, if you are more interested in "recruiting" new collectors from the age 10-30 set, a different approach is needed. As one friend eloquently phrased it "You have to meet people in THEIR comfort zone, not in YOUR comfort zone."

As part of "doing my bit," I have recently created a Scandinavian Stamps page on Facebook. It's a fairly simple page that affords users of the world's largest social networking site (as well as those who are simply searching the web) to connect with other collectors of Scandinavian stamps.

I hope you'll take a few minutes to visit... and to "like" the page, if you have a Facebook account!
Posted by Peter M at 12:18 No comments:

As a specialist collector, I spend a fair amount of time sifting through "large lots" of stamps, often looking at 100's of examples of the same stamp... searching for plate flaws, cancellations and so forth.

It is important to me that the stamps in my collection are in nice quality and without faults, so one of the "steps" in my sorting process is to check the stamps for defects-- tears, thins, missing or "pulled" perfs, heavy cancels. Unless I am examining very valuable stamps, any with defects go directly to my "junk pile."

Recently, I have been working on a large batch of Danish stamps-- part of a fairly extensive former dealer's stock, containing 1000's of stamps, and sometimes 100's of copies of each stamp. As I worked with these, I noticed how much influence the type of paper used has on the number of faults you find with any given issue.

For the most part, Denmark has used a fairly "soft" paper for issuing stamps. This meant that the stamps generally separated fairly well along the perforations, as a result of which the number of faulty stamps reaching collectors was fairly low. Certainly, some stamps would get damaged by people who handled them roughly, but the "defect rate" was manageable.

Around 1968-70, however, the Danish postal administration started to experiment with "invisible" gum (Danish water-activated gum to that point was typically "shiny" and slightly yellowish) and the type of paper used for printing stamps was changed, as well. The new paper was a very "hard" white paper. Why this particular paper was chosen, I don't know-- possibly because the new adhesive could better be applied.

In any case, this new paper was very "unforgiving," when it came to separating stamps so they could be used on letters. Unless you "pre-folded" several times along the perf line, most stamps would not separate neatly at the center point of the perforations, leading to lots of short and "pulled" perfs. For many collectors, a row of pulled perfs renders a stamp faulty, and "not collectible."

As an example of just how "bad" the situation got, this morning I found myself going through a few hundred copies of Denmark Scott no. 491/AFA no. 525, issued in 1972 to commemorate the 125th anniversary of the Danish State Railways (DSB)-- pictured in the photo above.

Keeping in mind that this was a dealer's stock I was sorting-- so the stamps must have been deemed to be in at least some form of "collectible" grade-- take a look at the two piles of stamps in the photo, at left. They are of about the same size. The pile on the right are all in good condition, without any minor faults. The pile on the left? All have one or more short/pulled perfs, or small tears! The detail photo, below, shows the "typical damage" I found while sorting, although many were in much worse shape. As a stamp collecting youngster in Denmark, I even remember how you had to be "very careful" when tearing apart stamps to use on the mail, so as not to damage the stamps.

This particular "problem" is actually present with many Danish stamps issued from about 1970 onwards. Then, starting in about 1976-77, the paper formula was changed again as a result of which the number of faulty stamps declined. By the mid 1980's, the problem was not nearly as significant.

As an interesting aside to all this, most Danish stamps issued between 1968 and 1978 have very low catalogue values, with most being priced at the "minimum value" various catalogue publishers use. I sometimes wonder if these catalogue publishers are aware that whereas "lots of examples" of the stamps issued during this period exist, finding one in "nice used condition without faults" is not nearly as easy.

So what happens to my piles of defective stamps? I used to throw them away, but these days I actually give them to my ex-- who's an artist-- who uses them to create art projects... from laminated bookmarks with stamps, to custom made journal covers with a "postal" or "letter writing" theme, or even collages that feature stamps. I like this particular solution because it means that the stamps still get enjoyed for their designs and will live on as a "reminder of stamps," but they will not live on as faulty junk in actual stamp collections.

Of course, that's a personal philosophy not everyone shares. I happen to be a strong believer in something my father once told me about "faulty stamps," namely that "Common faulty stamps don't become valuable treasures, just because they age. In 100 years, they will merely be old common faulty stamps."

Unlike many stamp collectors, I spend a fair amount of time being "plugged into" online venues. I have-- in essence-- been "a nerd" since first messing around with computers in the mid- to late 1970's. I am fairly well-versed in blogging, building web sites, Facebook, twitter, search engines and most other things relating to the World Wide Web. I went to one of the very few schools that had a computer-- when I was 16 (in 1976), such a computer sat in an entire room, and had less computing power than today's average SmartPhone!

But I am digressing.

I am fairly active on a number of online forums for stamp collectors. As part of our forum activities, we tend to share stories and post pictures of our recent finds and acquisitions. In some ways, I think stamp collectors are as much into telling "big fish stories" as any group of people!

What I have found interesting, though, is that whenever I post news about something I've found-- a nice stamp I recently added to my collection-- I almost immediately get a half-dozen inquiries: "Do you want to sell that? Is it for sale? How much is it? Do you have more?"

Maybe I'm being "too sensitive," here... but such inquiries feel a bit akin to walking up to someone you meet at a dinner party and asking "How much money do you make?" I certainly am aware that stamp collecting-- and collecting ANYthing, for that matter-- is about "getting" things for your collection. But still... there is (at least to MY way of thinking!) a huge difference between "new things I put on eBay" and "new things I put in my collection."

It makes me sit back and wonder if everything in life-- not just in stamp collecting-- has gotten to the point where our primary thinking is about "acquisition" rather than about what makes things interesting, in the first place.

Then again, maybe these inquiries are merely the result of the fact that I do sell stamps, as well as collect them-- and maybe part of the territory is an automatic assumption that "everything is for sale." That said, I regard myself as a collector first, and a trader/seller, second.

I should hasten to add that I am not upset about this practice-- merely a little curious.

Happy collecting to all!
Posted by Peter M at 15:32 No comments: