In recent years, the idea of "graded" certificates seems to have taken off. From where I am sitting, the whole things feels like it has gone a bit overboard. 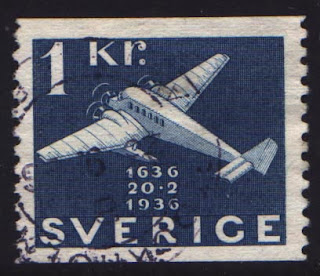 Now, don't get me wrong, I totally understand the idea of "grading" a beautiful and valuable 100+ year old stamp in superb condition, when I am getting a certificate for it, anyway. Quite a few European experts already grade stamps as part of their certificate services, although not with a numerical grade like PSE. The closest would be the standardized grading system of the Swedish Philatelic Federation (SFF) which has been in use for over three decades.

For the moment, the "grading madness" seems to be primarily limited to US stamps. And sure, if I had an XF MNH 15c Columbian, I'd be all about getting a standardized certificate of "just HOW XF" it is.

Grading common stamps from the 1940s and expecting people to pay 300x catalogue value for it? I'm really struggling to connect those dots-- makes me want to ask "what's the point?" and then ponder the issue of whether collectors are actually getting fleeced by the issuers of the certificates.

In my opinion (which may or may not be valid, in the greater scheme of things), common "wallpaper" in beautiful condition is still "wallpaper." What is happening here sounds less like collecting than a marketing attempt to "create value" where there is none. As my grandfather told me when I was little and starting my collection: A very common stamp that old is just that... an OLD COMMON STAMP.
Posted by Peter M at 22:51 No comments: