Writing on Stamps: It's selfish!

As a life long collector-- and a fairly active trader on eBay and other sites-- I have looked at a lot of stamps.

I am also well aware of the fact that there is no "right way" to collect stamps, but that doesn't mean I am exempt from having a few pet peeves, when it comes to philately. One of my pet peeves is "writing on the backs of stamps." 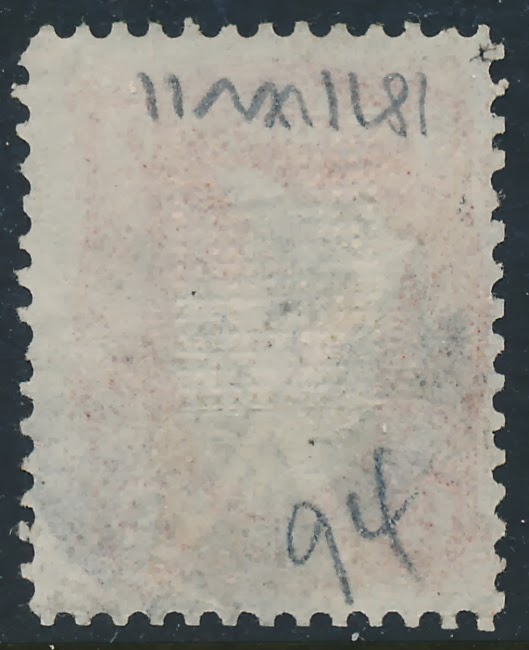 There was also a day gone by when experts would sign the back of a stamp-- in pencil-- and it actually added to the value of the stamp.

That, however, is a far cry from the backs of some (surprisingly many!) stamps I have seen... where a collector (or series of collectors) have attempted to document the entire history of the stamp and its catalogue value on the back surface. To me, that is a complete no-no.

You might ponder why it's a bad idea to write on stamps, since we don't generally see the back, in the first place. I see a number of reasons-- based on experience-- why the practice should be avoided.

For one, pencils can be pretty sharp, and most people don't have a "light hand" when they write. I have seen some really good stamps rendered valueless because the pencil point actually damaged the paper.

Two, some collectors are "purists" and will be sufficiently annoyed by a pencil note that they will try to erase it. Unless you are extraordinarily careful and gentle (and skilled!) odds are you'll actually damage the stamp by trying to erase pencil marks-- causing a shallow thin, or at least unwanted bends/creases, which in turn will reduce the value of the stamp.

Three, most who write on the backs of stamps are doing so for identification purposes... and a large percentage of the numbers I see are just plain "wrong." Why? Sometimes because the collector really didn't know what he or she was doing and wrote a number down that never was right, to begin with. This then misleads the next owner of the stamp. Alternately, the writer might have lived in a different country, and the Michel number they wrote looks "wrong" compared to the Scott number we're trying to establish for the stamp.

Which leads me to the deeper "why" writing on the back of stamps really annoys me: It's selfish, in the sense that it disregards the next owner of the stamp. A simple number may only be useful to the original writer, while a more useful complete sentence like "Michel 83, 2007 value 300 Euros" is truthful and helpful, but simply too much writing to put on a stamp.